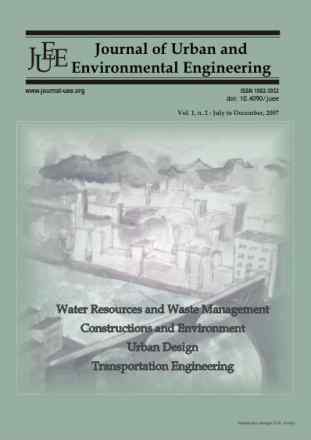 One of the greatest problems observed in Brazilian urban watersheds are concerned to the amount of solid residues, domestic sewerage and sediments that are disposed in the rivers and streams that drain those areas. This project aims to present these problems through a study of case taken in an urban watershed in Porto Alegre city, Southern Brazil. For this study, different procedures were used, such as field surveys, interviews with the inhabitants, satellite images, sediment samples, flow measures and morphology assessment of part of the local fluvial system to check the degree of instability of the channel. In 2005, it was verified that 42.57% of the watershed was impermeable, considering the paved streets, the residential and commercial buildings and stone pavements. As there was no sewer treatment, most of this sewerage was directly disposed into the stream and the TOC has reached 20% (m/m). Moreover, the occupation of riparian areas, a great amount of soil exposed in the watershed, the nonpaved streets and a great volume of solid residues were causing the instability in the channel, silting the stream bed. The metals (Zn, Pb and Cr) selected for this study are most frequently found in high concentrations in urban areas. The results suggest the occurrence of a high enrichment of the fluvial sediment by these metals. The concentrations of these elements vary temporally during storms due to the input of impervious area runoff containing high concentration of elements associated to vehicular traffic and other anthropogenic activities. Then, it is possible to conclude that the contamination of the urban watershed is reflected in the results obtained in the fluvial suspended sediments.